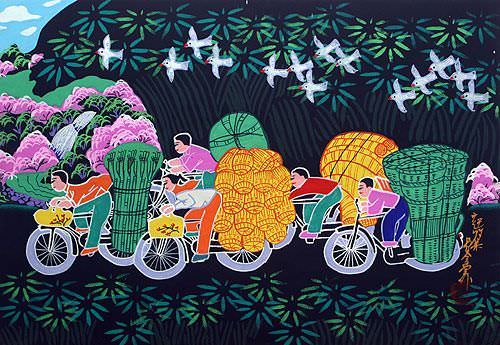 The bamboo has be cut and loaded impossibly or at least precariously onto these sturdy bicycles. The riders race to the market with wild abandon, as customers may be waiting to buy some nice straight bamboo stalks in the next village.

This depicts a bunch of bamboo sellers rushing to the market to sell their harvest of bamboo. Often these caravans happen weekly, or at least seasonally depending on the location in China. The bamboo is used to make everything from furniture to houses, and even bridges.