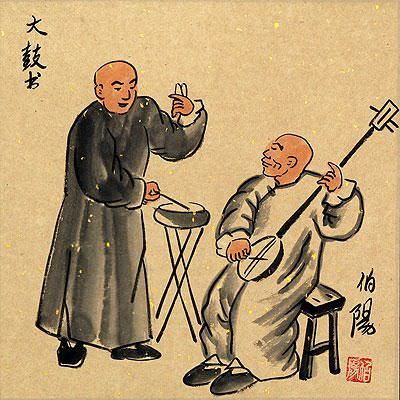 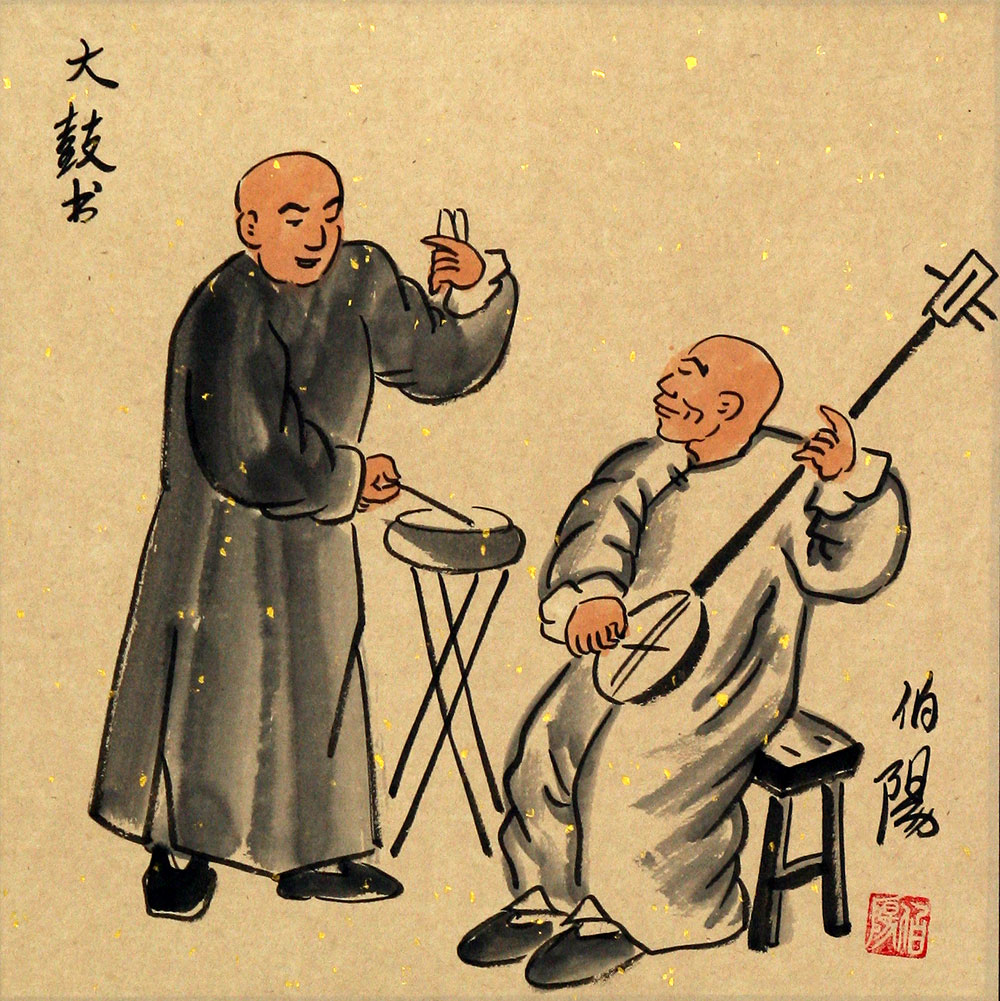 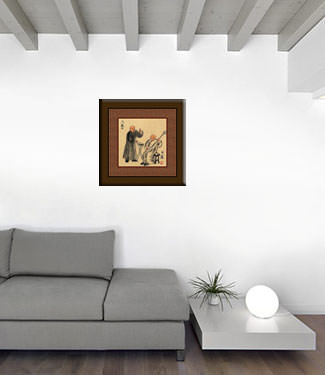 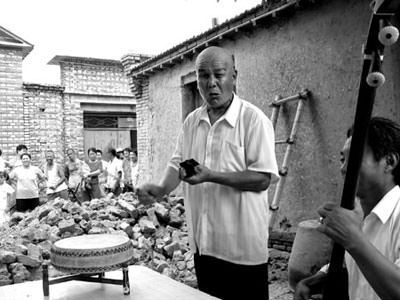 A man performing the drum opera in his yard.

This painting features men playing musical instruments including a drum, and long-necked lute. Both instruments are often seen in traditional Peking Opera.

The title of the painting roughly translates as "drum opera" or literally "Great Drum Book". In this case, the word "book" character refers to the literary opera.

He was born in 1957 and grew up in Hebei province (the area that surrounds the special capital district of Beijing / Peking). You can find his artwork for sale at various art markets and galleries around Beijing. All the old Beijingers recognize these classic scenes of traditional life. Modern times have caused some of the practices depicted in Bo Yang's paintings to virtually disappear. But, his paintings help the idea of this traditional Beijing lifestyle to live on.

Visitors and collectors from around the world have purchased his artwork, so don't be surprise if you find his folk art hanging in Europe, Hong Kong, Taiwan, Singapore, Australia, and the Americas. I've even seen his work in art museums around China.

More about the painting:

This is a combination of freehand and detail (gong bi) style painting. There are some loose flowing shadow areas, contrasted with somewhat-fine detailing of faces and other important parts of the painting.

This painting was created on antique-style tan or tea-stained xuan paper (xuan paper is often called rice paper, though it contains no rice) which has been mounted to a copper/gold-colored silk matting/border. The artist used special Chinese black ink and a bit of watercolor (for some of the skin tones). All these elements will give your artwork a great classic look after you frame it. I suggest a simple black moulding for your custom frame. Let the silk brocade be your border (which will save money compared to matting the painting when framing).