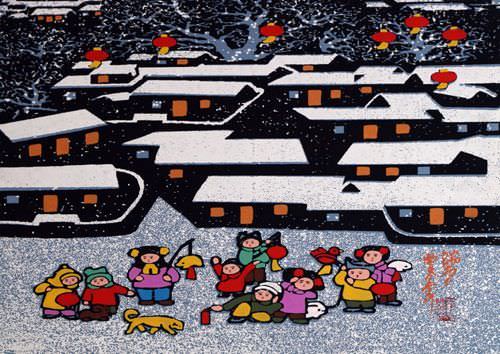 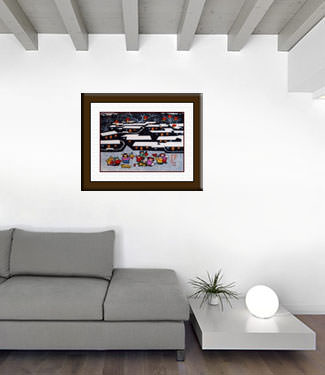 These youngsters are enjoying this timely snow storm. The title of this artwork can be translated as lucky snow, auspicious snow, or propitious snowfall. Beyond the lucky meaning of the first character, 瑞, it can also mean youth, freshness, or purity.