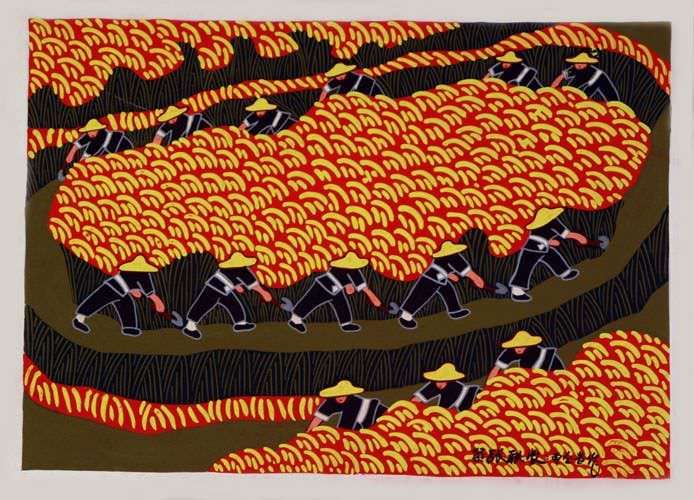 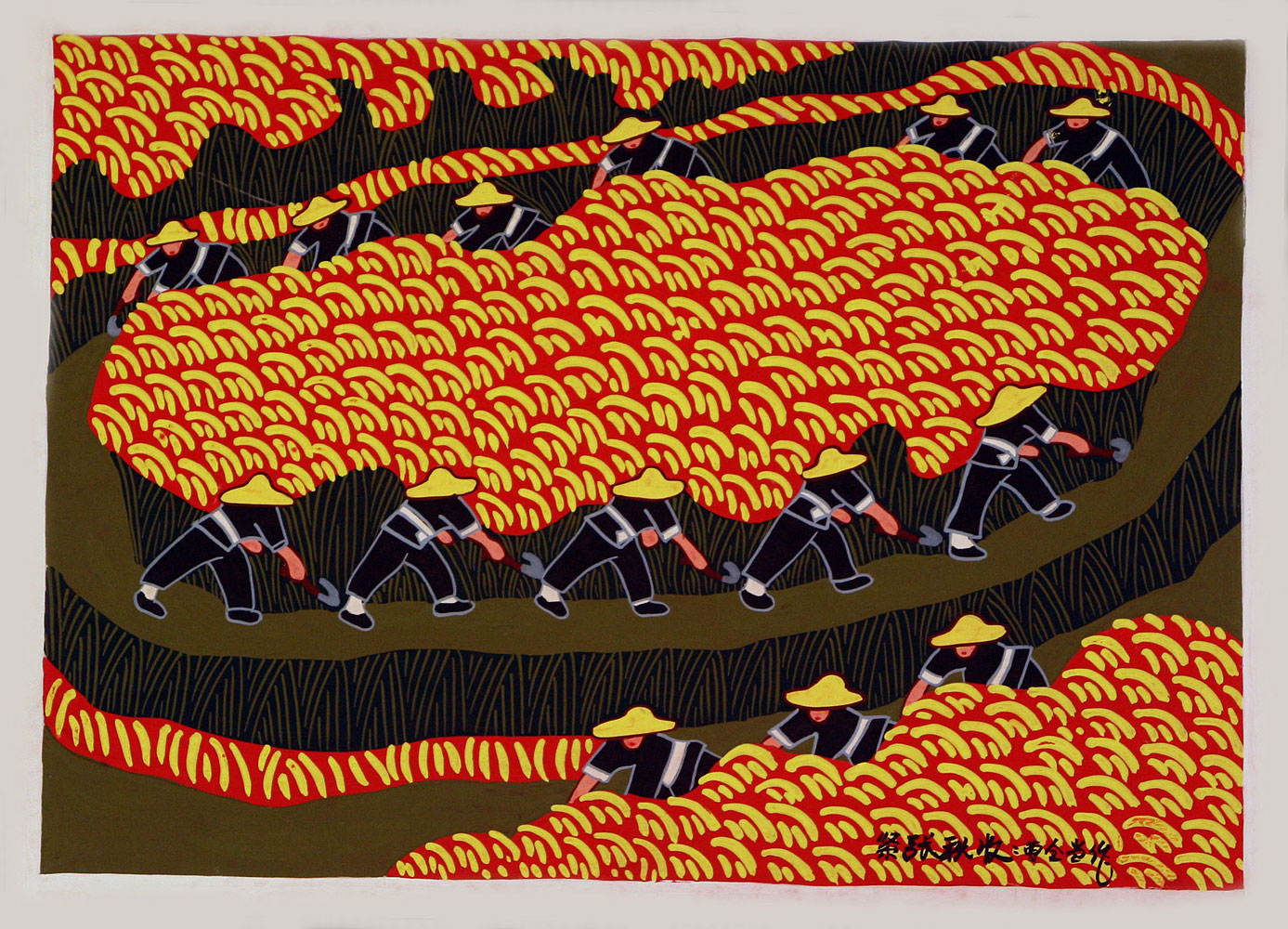 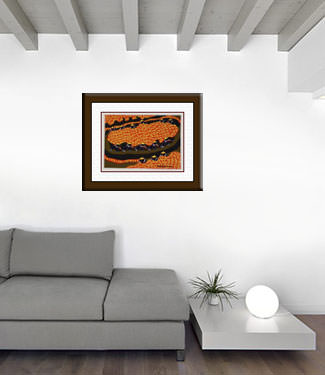 A group of workers from the village swing their sickles to reap the harvest of millet.