• Delivered to you in Ashburn by Dec 7th.
• Standard shipping is just $3.80 for any order.
• Hand-Painted Artwork - Each one is unique.
• Handmade Wall Scroll.
• Money-Back Guarantee. 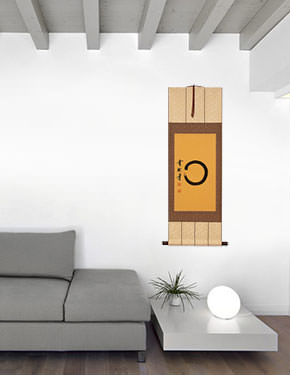 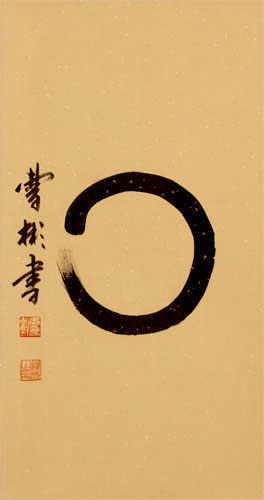 This is Enso, which is really NOT a regular Japanese Kanji character. It falls more into the category of a symbol. In this case, it can be considered a religious symbol, as it is strongly associated with Japanese Zen Buddhism.

Some call this "The Circle of Enlightenment". Others call it the "Infinity Circle". If you actually took the meanings of the two Kanji that make up the word "Enso", you could read it as "Mutual Circle" or "Circle of Togetherness". I think the Enso symbol can simply mean different things to different people. Therefore, you should let it have the meaning that you perceive.

If you bought this wall scroll in Japan, it would cost around $200. Because this was made by hand at the calligrapher's studio and my workshop in Beijing, and my very low-profit margin, this costs you just a fraction of the Japanese price.