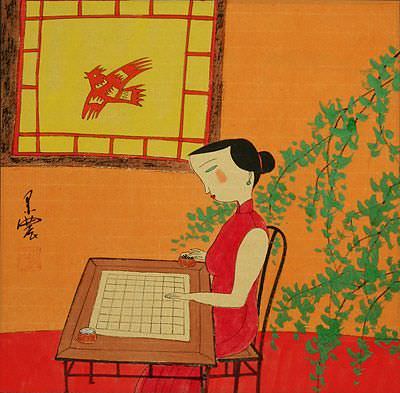 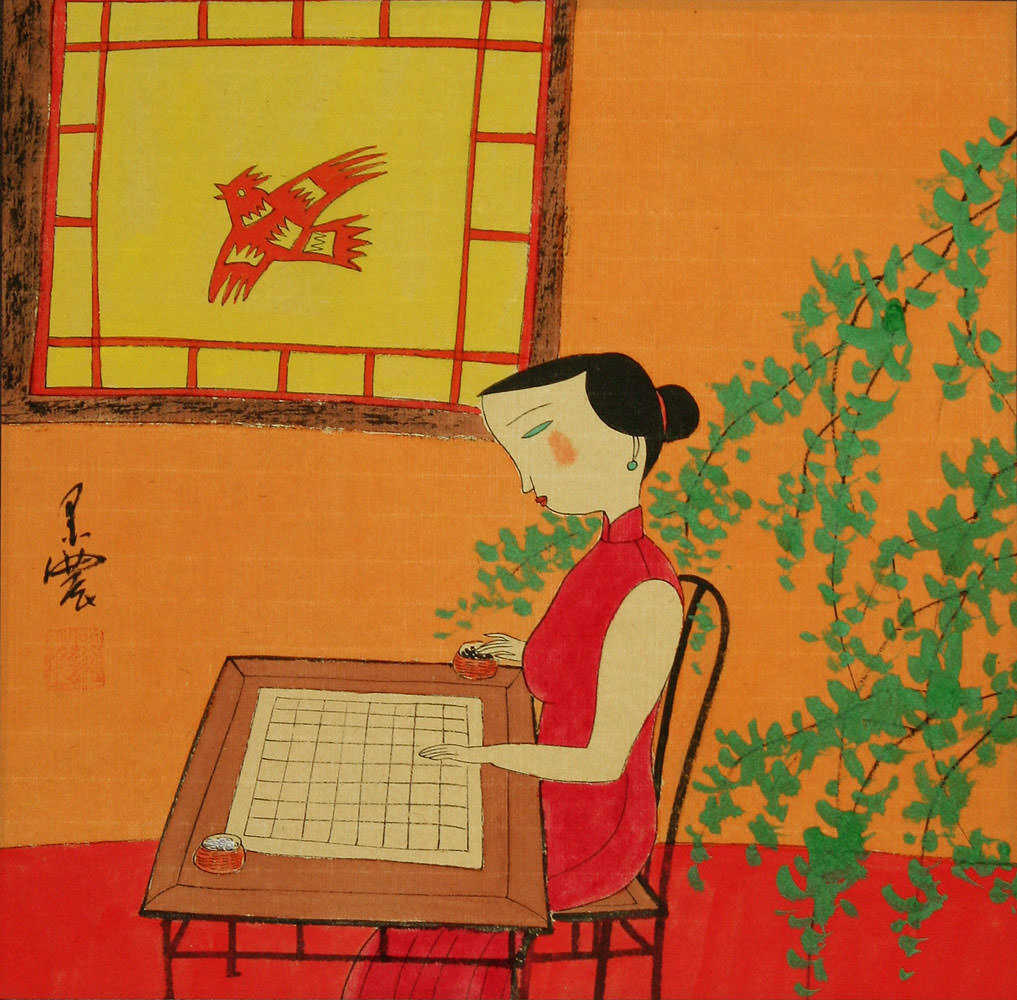 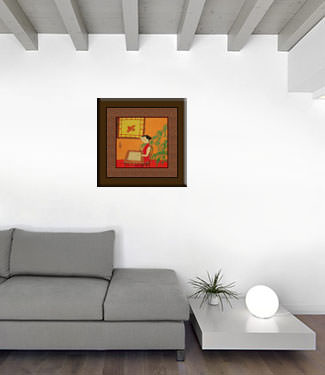 This depicts a woman Who is ready to play Go or Weiqi. Go or "igo" is the Japanese name, while Weiqi is the original Chinese game of encirclement (a game that many claim is harder than western chess). Variations of this game are known as Othello, Baduk, Penta, and the more simple 5-in-a-row game (played by westerners and Chinese school children).