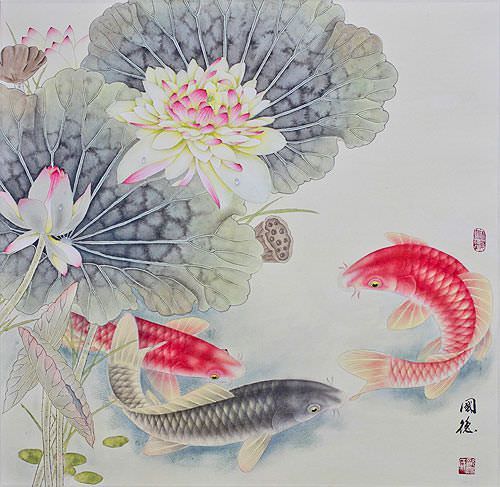 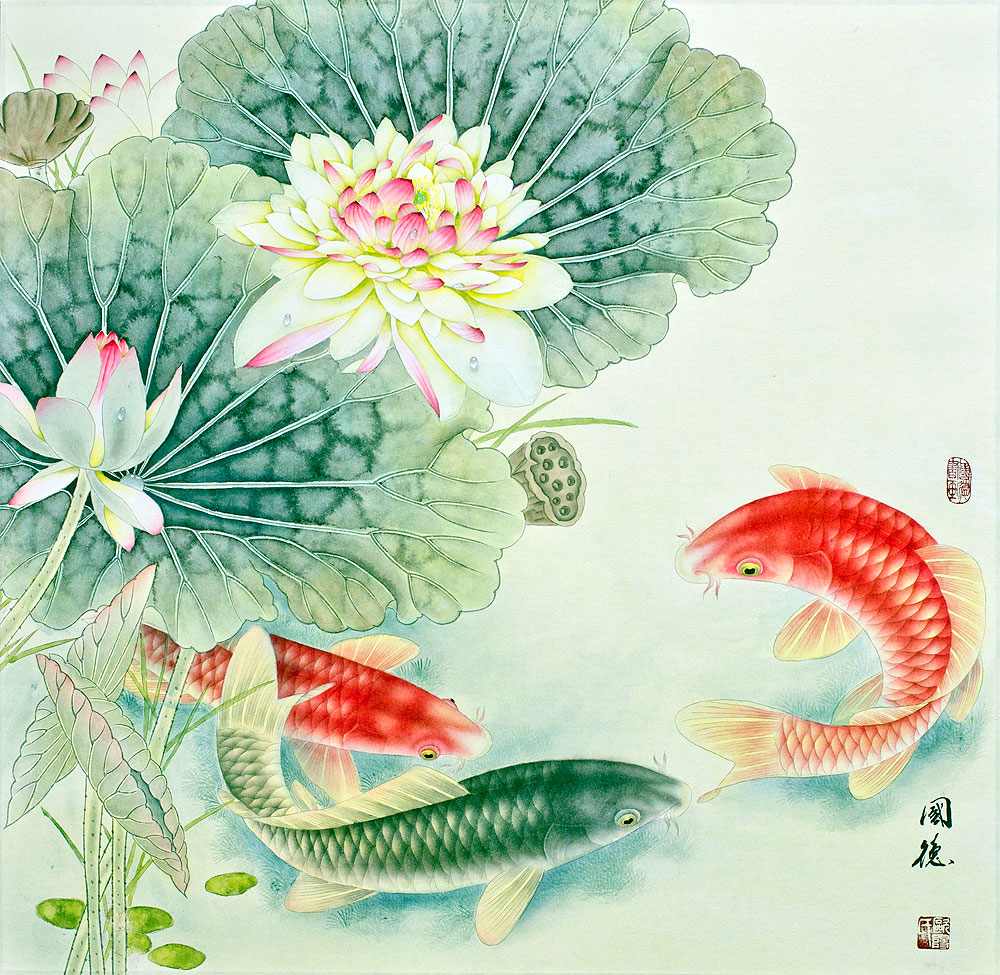 • Delivered to you in Ashburn by Dec 1st.
• Standard shipping is just $3.80 for any order.
• One of a kind.
• Hand-Painted Artwork.
• Money-Back Guarantee. 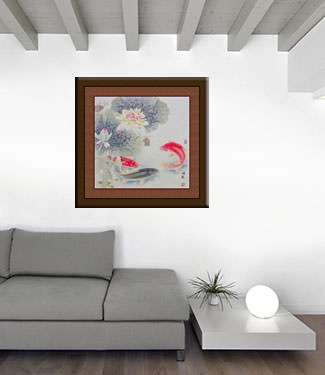 After you frame it, this flower artwork will look great in your home or office.

These fish swim around each other under the lilies and lotus flowers.

This is a very classic or antique-style painting. The xuan paper has a slight yellow hue and is handmade. Expect a few husks and artifacts in the paper.

Koi Fish Having Fun in the Lotus Flowers
Oriental Painting

Koi Fish Having Fun in the Lotus Flowers
Watercolor Painting