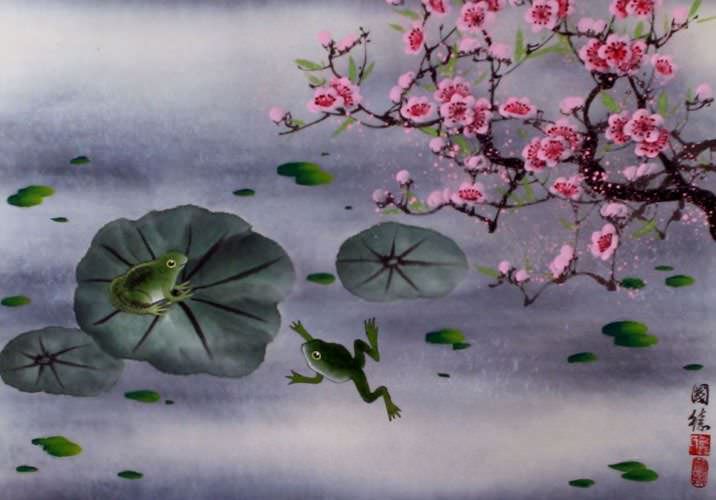 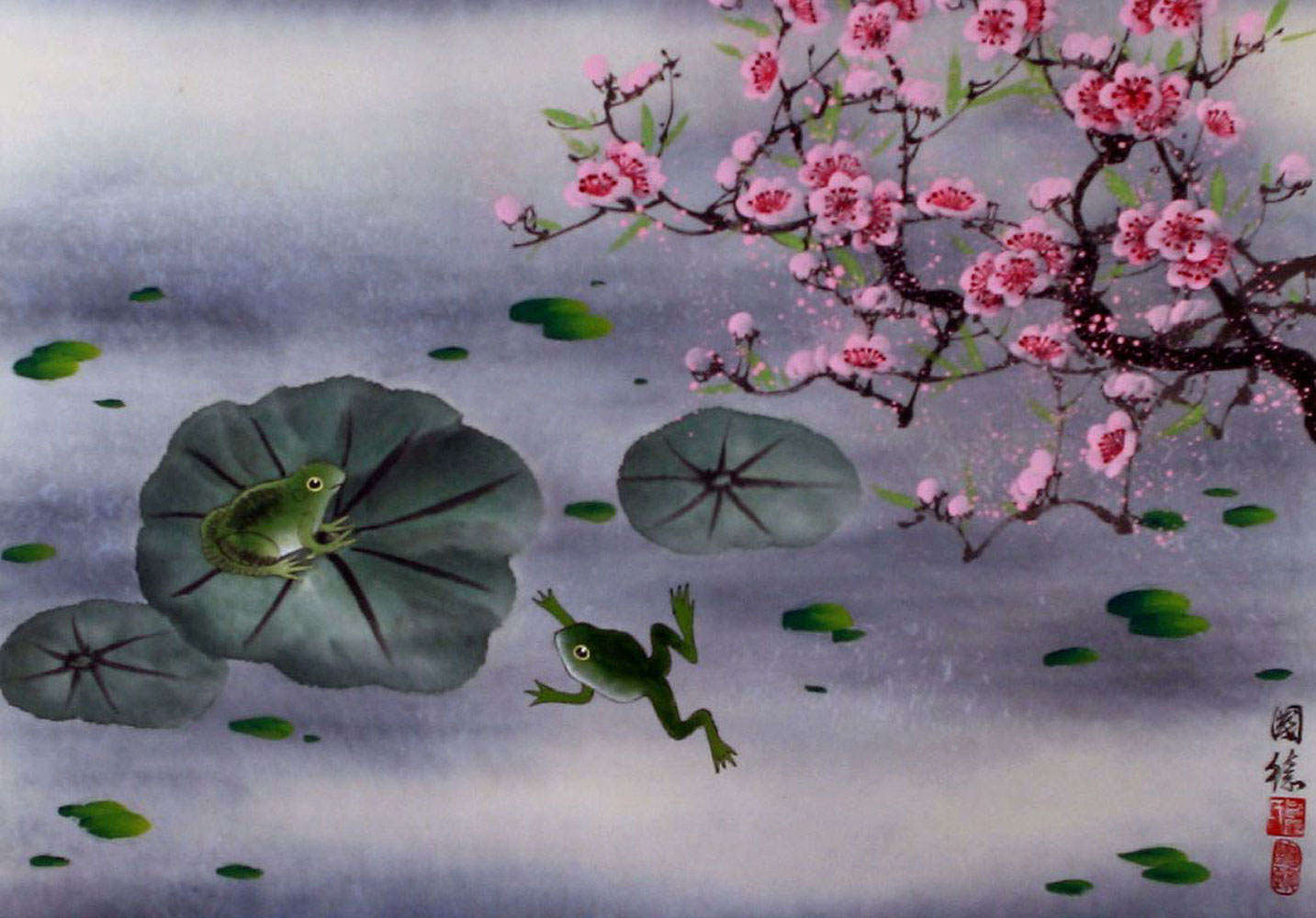 • Delivered to you in Ashburn by Feb 9th.
• Standard shipping is just $3.80 for any order.
• Unique Hand-Painted Art - Very Limited Supply.
• Money-Back Guarantee. 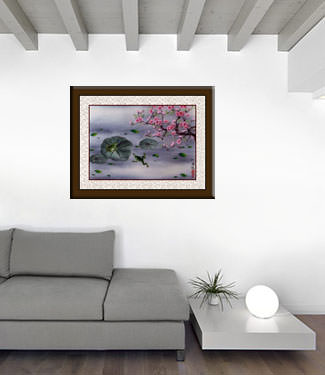 After you frame it, this plum blossom artwork will look great in your home or office.

Information about how this Asian painting is mounted
Price Reduced!!!

Two little frogs enjoy a moment in the pond just below a branch full of plum blossoms.