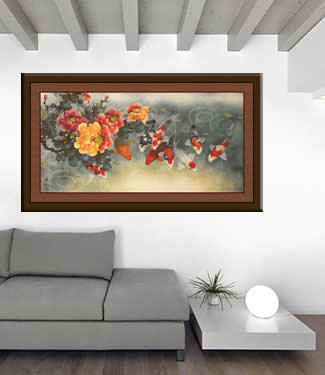 This is a very large original painting.

About four full days of work went into this piece. The attention to detail really shows. This is the kind of art that you will be proud to hang on your wall...

This is my favorite painting from the entire batch that I purchased from Mr. Ou-Yang last time I visited his studio. I would keep it and put it on my walls if I had any space left. This is a great painting.