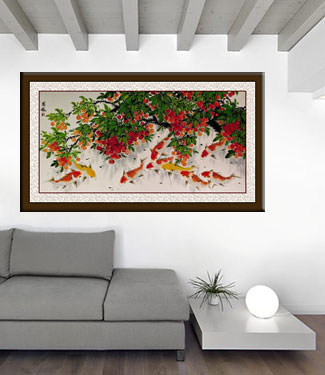 This is a very large hand-painted, original painting. It will quickly become the centerpiece of your room. You may pay a lot to frame such a large piece, but in the end, it will be worth all of the comments you receive from your guests.

About four full days of work went into this piece. The attention to detail really shows. This is the kind of art that you will be proud to hang on your wall....