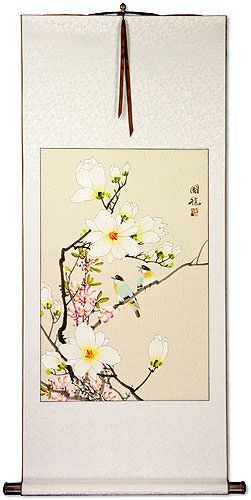 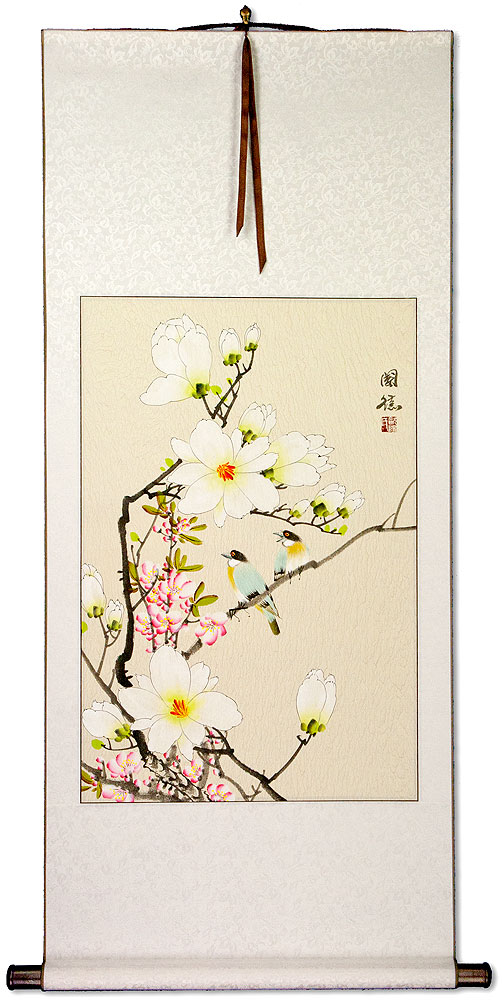 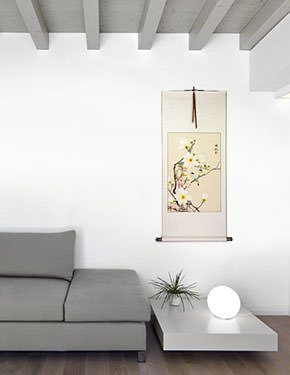 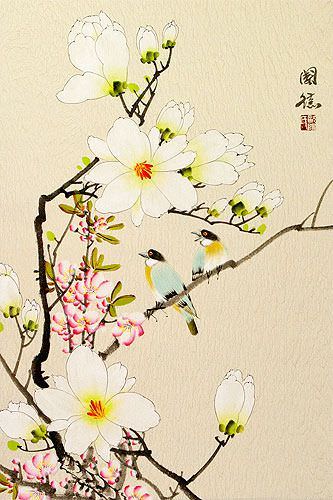 Note: This is painted on special watermark paper that has an interesting pattern in the background. It's handmade, so there are sometimes some husks or artifacts embedded in the paper. Being Together
Birds and Flower
Wall Scroll