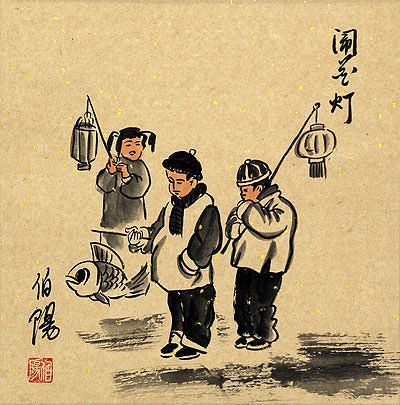 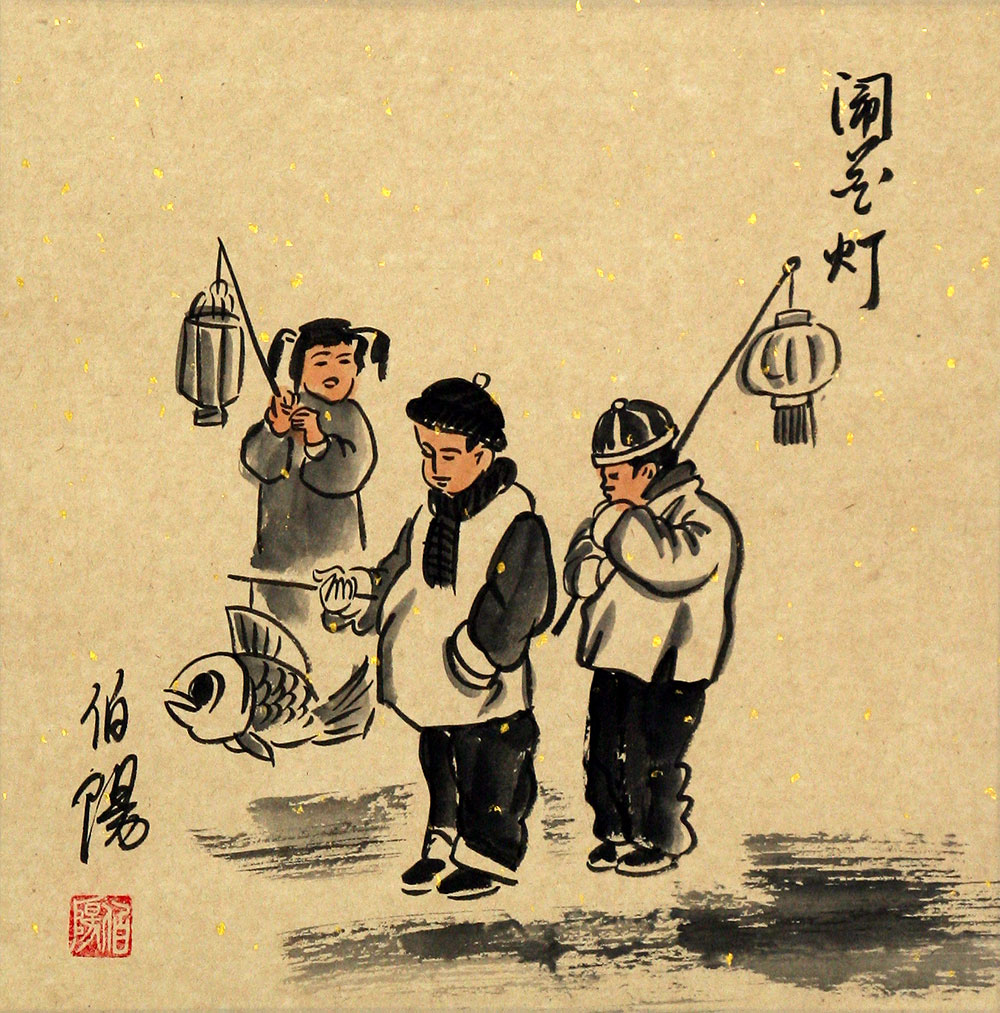 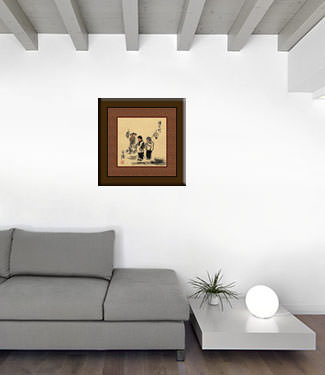 This painting features kids carrying paper lanterns on sticks. This was a common scene in old Beijing in the Lantern Festival with follows Chinese New Years. There would sometimes be competitions for the best-looking or unique lantern.