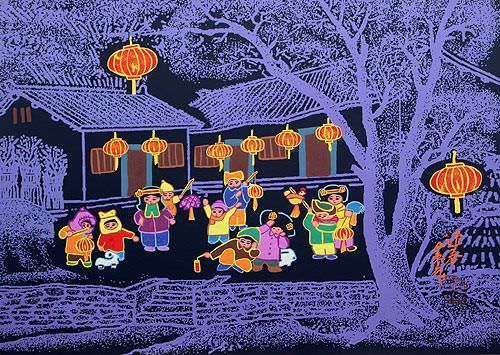 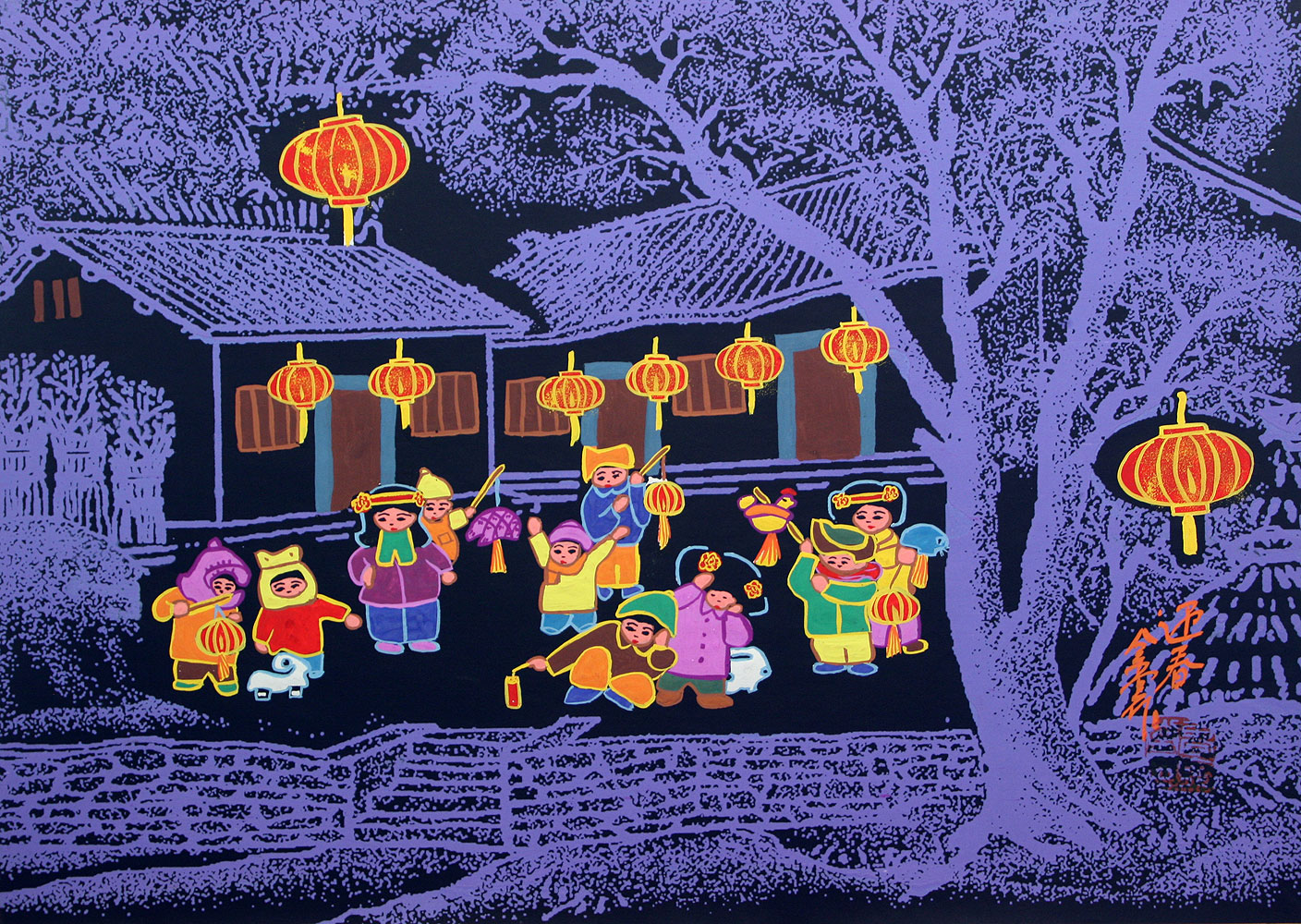 These youngsters are wielding paper lamps in preparation Chinese New Year and Lantern Festival. The title of this painting directly means "Greeting Spring" but is also kind of a wish for a happy new year. New Years in China occurs on a lunar schedule and varies each year between the second half of January and the first half of February. This day which is celebrated in China, Korea, Vietnam, and elsewhere represents the beginning of Spring in Asia. Boat and Cranes at the River Bank
Chinese Landscape Artwork