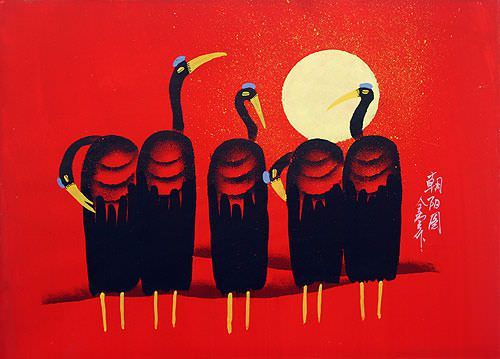 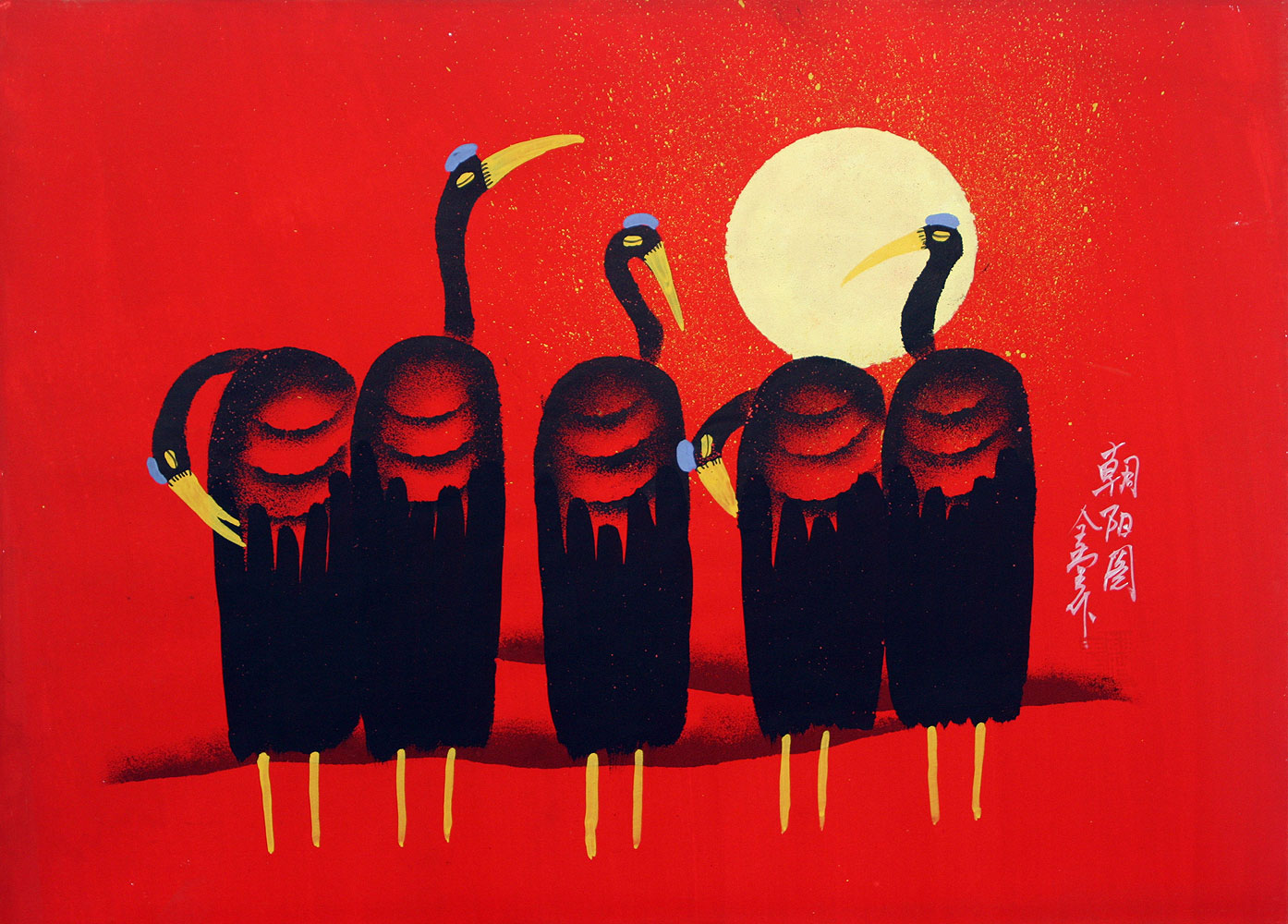 "Morning Sun" or "Sunrise" is the roughly-translated title of this painting which romanizes as "Zhāo Yáng".

Five Cranes seems to stand in silhouette as the sun rises behind them.