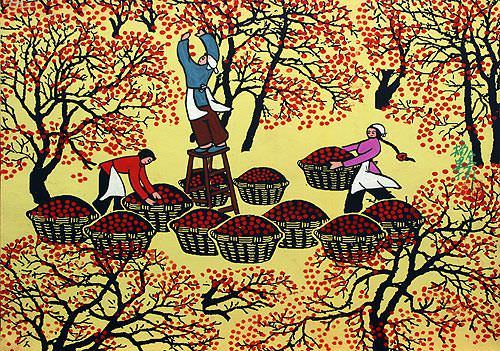 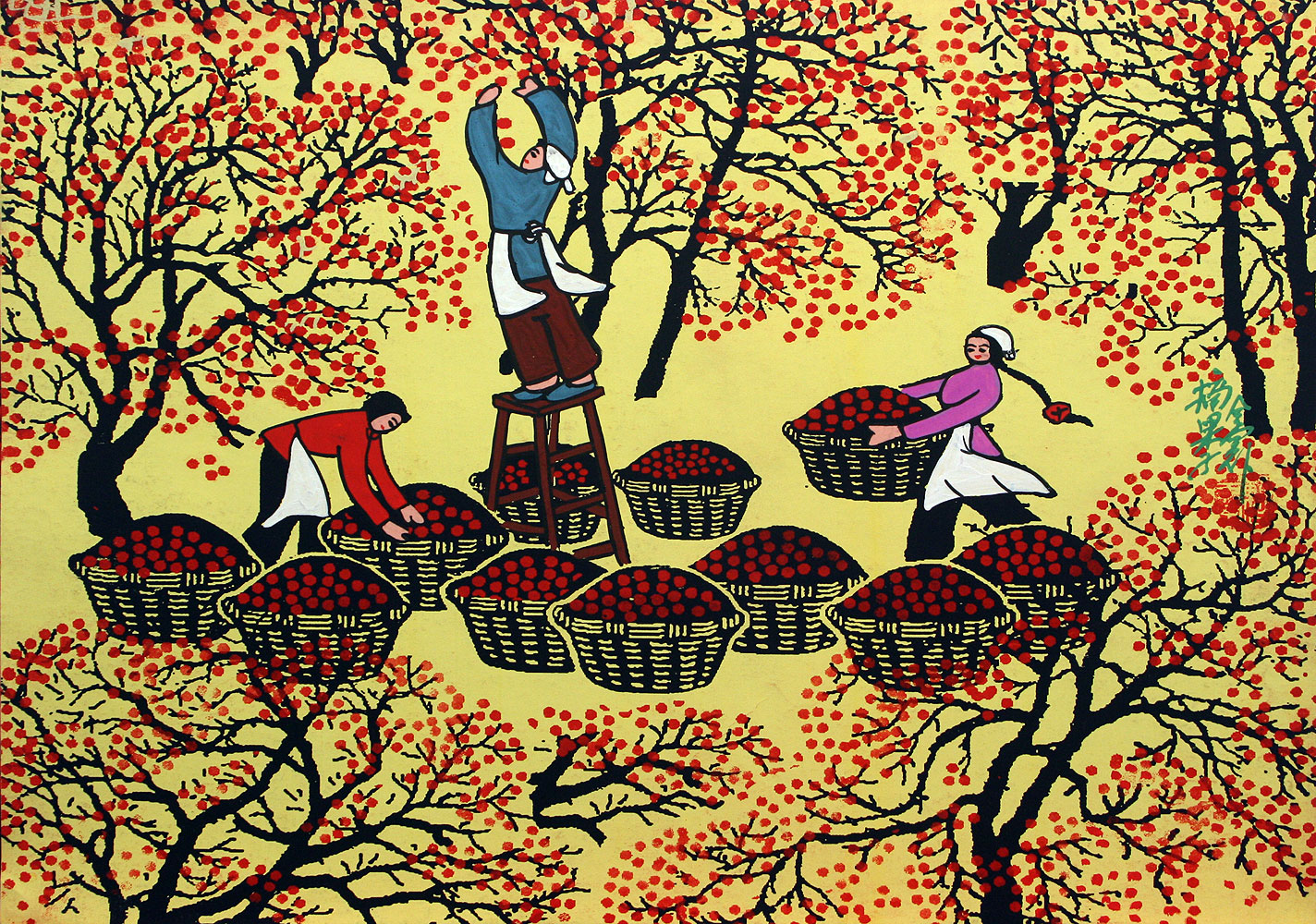 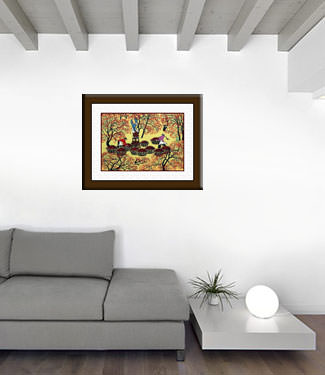 Hearty people with baskets collecting a bounty of fruit.