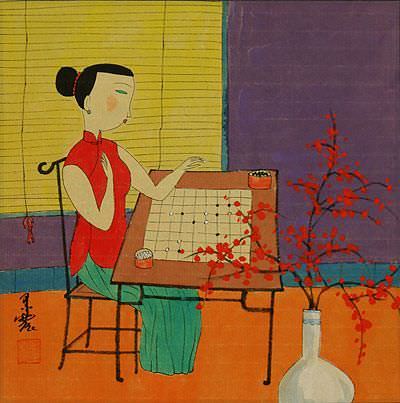 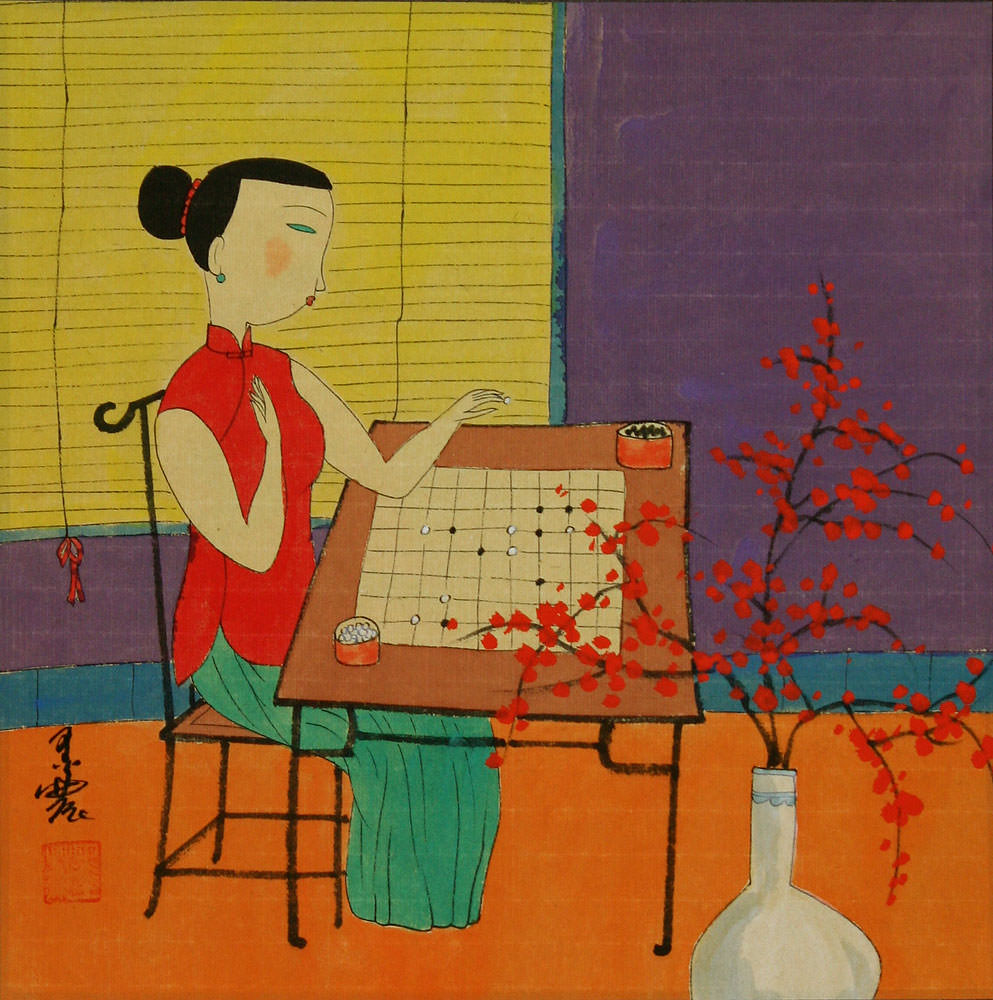 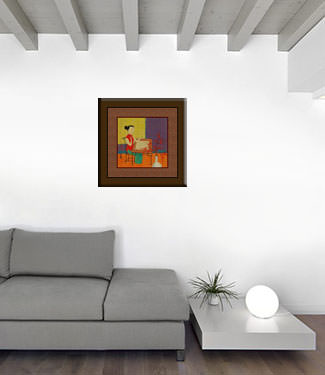 This depicts a woman playing Go or Weiqi. Go or "Igo" is the Japanese name, while Weiqi (also spelled "Wei Chi") is the original Chinese chess-like game of encirclement (a game that many claim is harder than western chess). Variations of this game are known as Othello, Baduk, Penta, and the more simple 5-in-a-row game (played by westerners and Chinese school children).