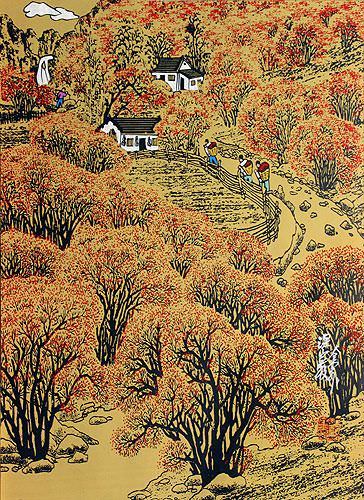 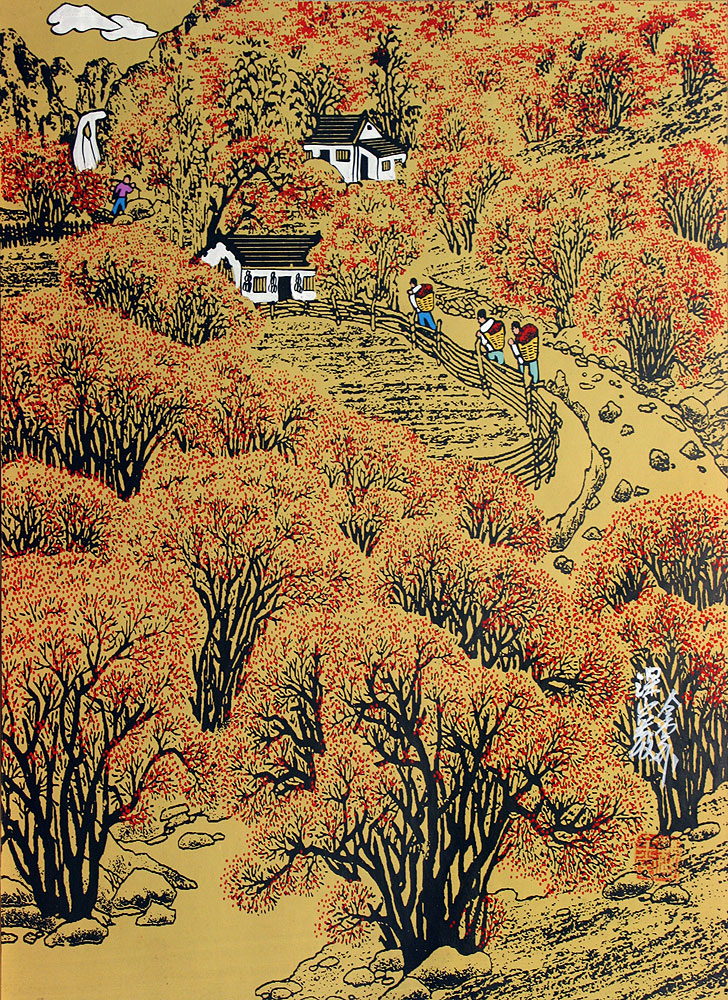 Harvest in the Deep Mountains

Hearty people head up this mountain with baskets on their backs collecting a bounty of fruit. The artist has done this title and composition in some variations. This is the yellow-golden version (the other is a bit more reddish-orange hued.