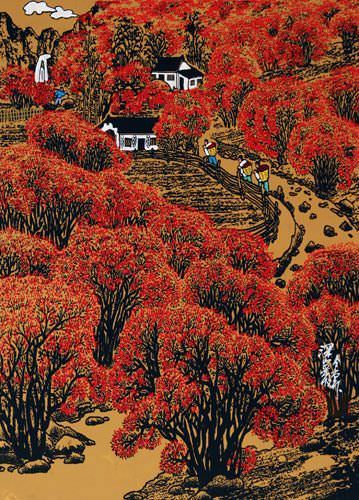 Hearty people head up this mountain with baskets on their backs collecting a bounty of fruit.