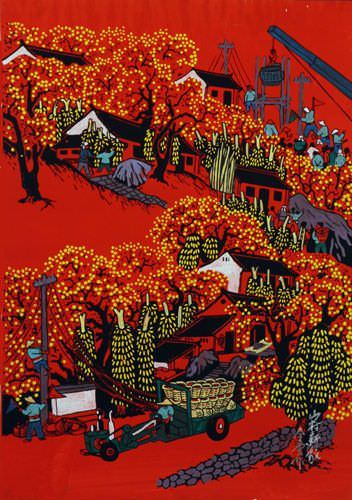 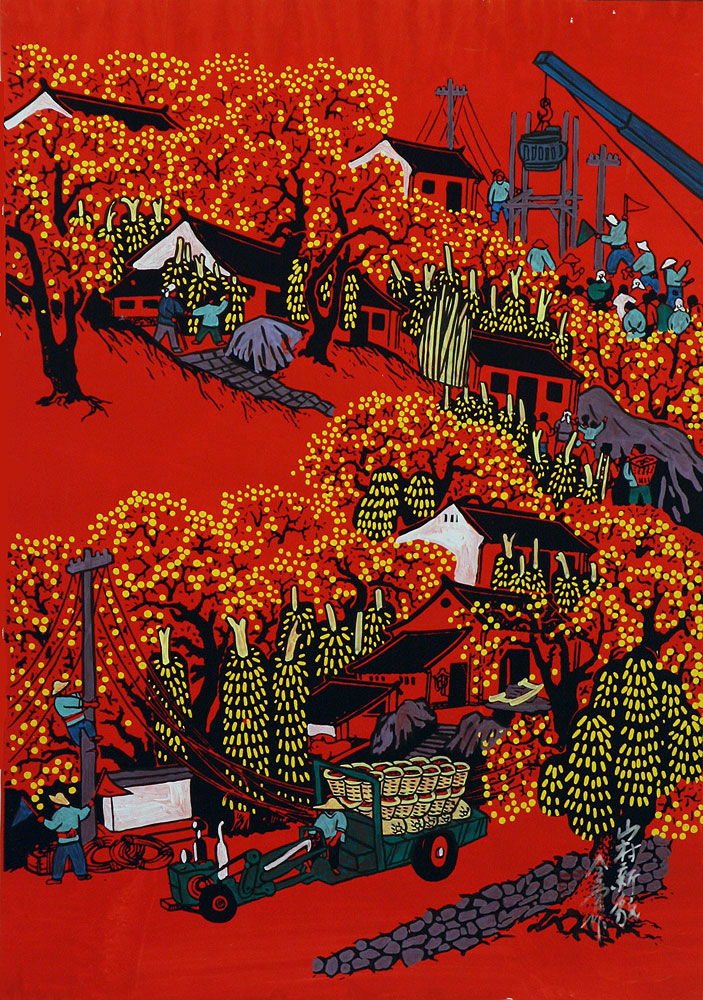 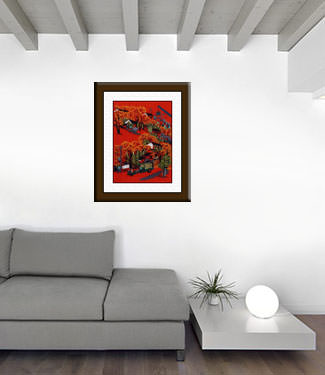 This is the roughly-translated title of this painting

Lots of work happening here in this mountain village. It looks like this old village is finally getting electricity (even today, many villages in southern China still do not have electricity or telephone lines).

Note: This will go nicely with a standard 18" x 24" picture frame and some nice custom-cut matting of your choice.
No need for expensive custom-framing.

New and Fresh Kittens in a Basket Wall Scroll