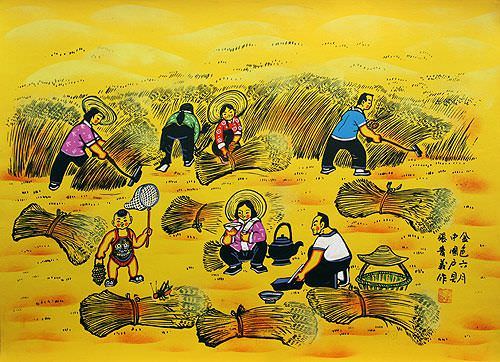 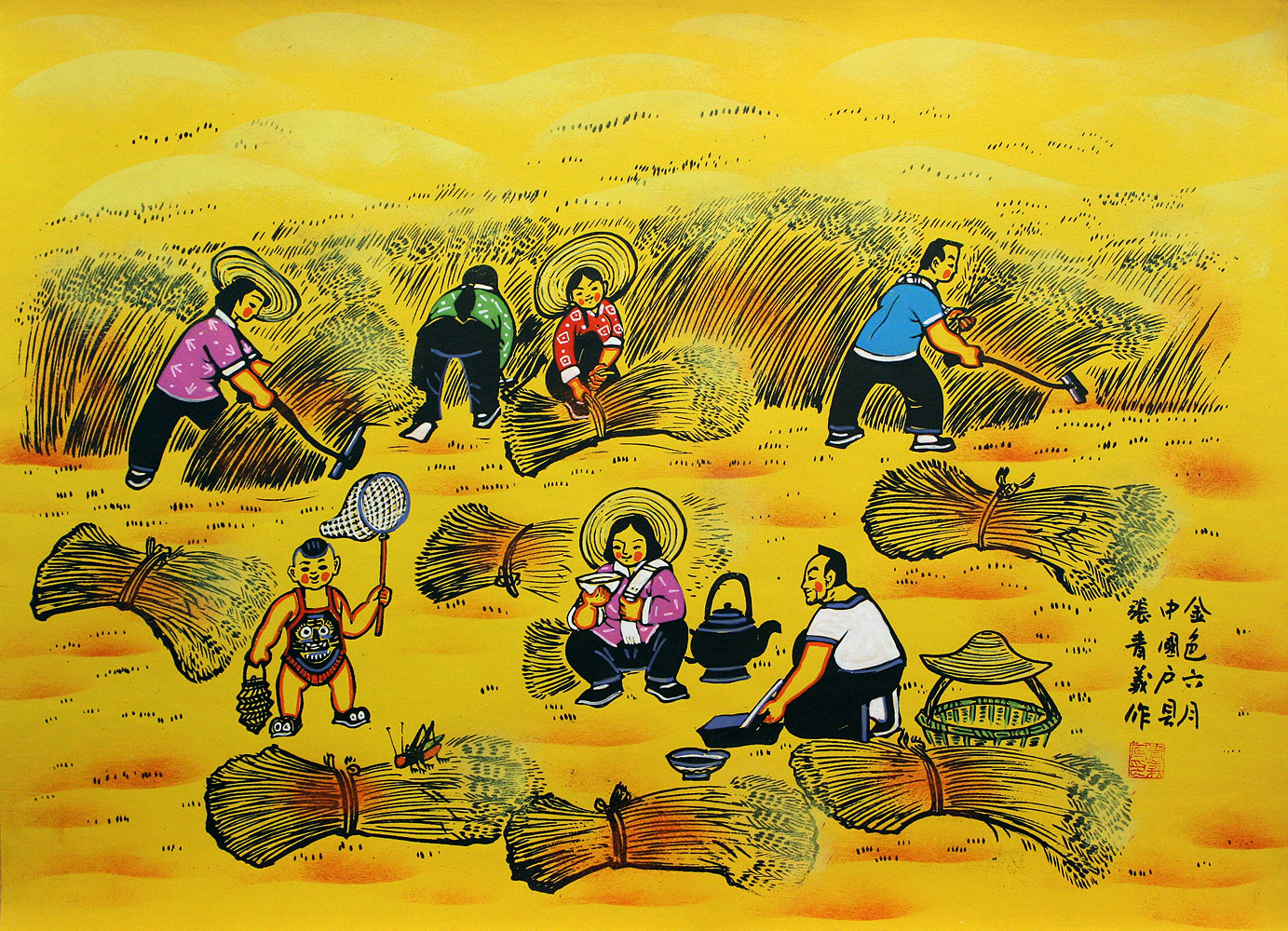 This painting features a scene of harvesting grain (presumably wheat) near a small Chinese village.

The title is "Golden Sixth Month" or "Gold June". This refers both the color of the harvest, and the prosperity the harvest will bring. Along with the title,

, which means, "China, Huxian", is written on this painting. Huxian (Hu County) the home area of the artist. The inscription ends with the artist's signature.